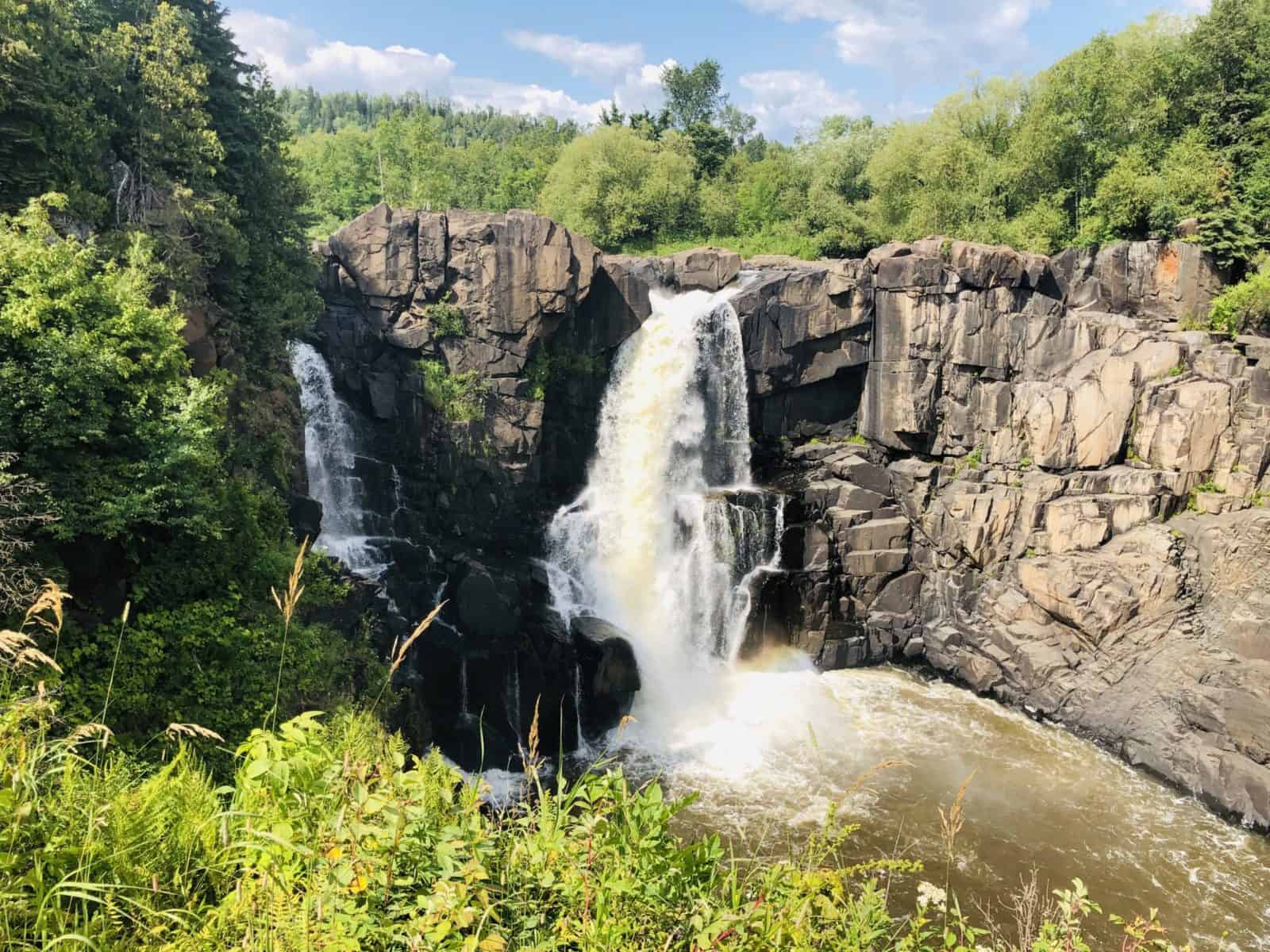 Grand Portage State Park holds significant historical importance. It is the first, and so far only, state park in the nation that was created in a partnership between a state parks service and a local Native American band. The park is also home to the highest waterfall that is at least partially within Minnesota.

Areas surrounding the Pigeon River and Grand Portage tribe of Lake Superior Ojibwe was booming during the turn of the 19th century. When the North West Company set up its international hub on Lake Superior at Grand Portage fur trappers and traders from all over Europe flocked to the shores of Lake Superior. Due to the height of the waterfalls on the Pigeon River, and the subsequent rapids on the river, a large portage had to be created. This allowed fur trappers to by-pass the Pigeon River on an 8.5-mile treck to Lake Superior. The portage became known as the Grand Portage. Because of its historic nature, the band worked alongside the DNR to create a state park for the general public. The state park was born from this partnership and continues to be a popular North Shore destination for waterfall hunters.

Many argue that the further north you go in Minnesota, the more incredible the waterfalls become. This may very well be true as the highest waterfall in Minnesota is located right along the USA/Canada border within Grand Portage State Park. Known as the Pigeon River High Falls, the water from the Pigeon River cascades 120-feet off a cliff’s edge. Thus, creating a spectacular waterfall that should be on everyone’s must-see list.

In addition to High Falls, the park also has a beautiful, modern visitor’s center and miles of accessible hiking trails. With the Pigeon River flowing through it the park provides incredible views of nature to its visitors.

Now, here are some of our favorite things to do in Grand Portage State Park

Stop by the Welcome Center:

This distinctly beautiful welcome center’s design was influenced by the Grand Portage Band of Ojibwe. Look for the bright turtle on the lobby floor that represents creation and migration. The visitor’s center has several scheduled activities throughout the year.

Enjoy the paved, ADA-compliant trails to the Pigeon River High Falls. Torrents of water plummet 120 feet over the falls as the river winds its way to Lake Superior. (Note: the trail is not wheelchair accessible in the winter months).

There are 12 miles of hard-packed dirt trails with difficulties varying from beginner to expert. Bikers can pedal through the rugged terrain and enjoy the incredible scenic beauty along the way.

An easy-rated geocaching adventure is available within the park as part of the Minnesota State Parks Wildlife geocaching program. This family-friendly activity is a great way to explore the park.

Go on a Wintertime Snowshoeing Adventure:

Grab some snowshoes, which are available at the Welcome Center, and take on the half-mile trail to the High Falls.

Print a bird checklist and try to spot some of the elegant birds that frequent this area. Birds you may see include the Savannah Sparrow and Dark-Eyed Junco

Grand Portage State Park is located near the USA/Canadian Border.  The visitor’s center and parking lot are located on the non-lake side of Highway 61 just before the border crossing. Look for the state park signs.

Permits not required to park in the parking lot or visit the state park.

Many of the trails in Grand Portage State Park are paved and accessible. This includes some of the trails leading to the High Falls lookout. Some trails do require stairs.  The Welcome Center is accessible.

This state park does not have a campground. Toilet facilities can be found in the Welcome Center.

Most cell phone customers will get service in and around Grand Portage State Park. However, note that your cell phone may connect with a tower in Canada and carry international usage charges. It’s best to turn off your cell service to avoid these charges. Also, Ontario Canada is in the Eastern Time Zone, which is one hour later than the Central Time Zone. Your phone may reflect this change and be showing the incorrect time. 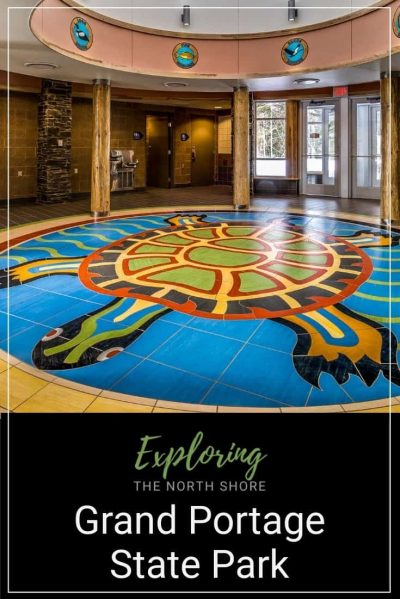 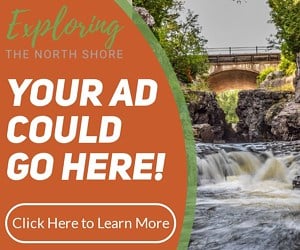