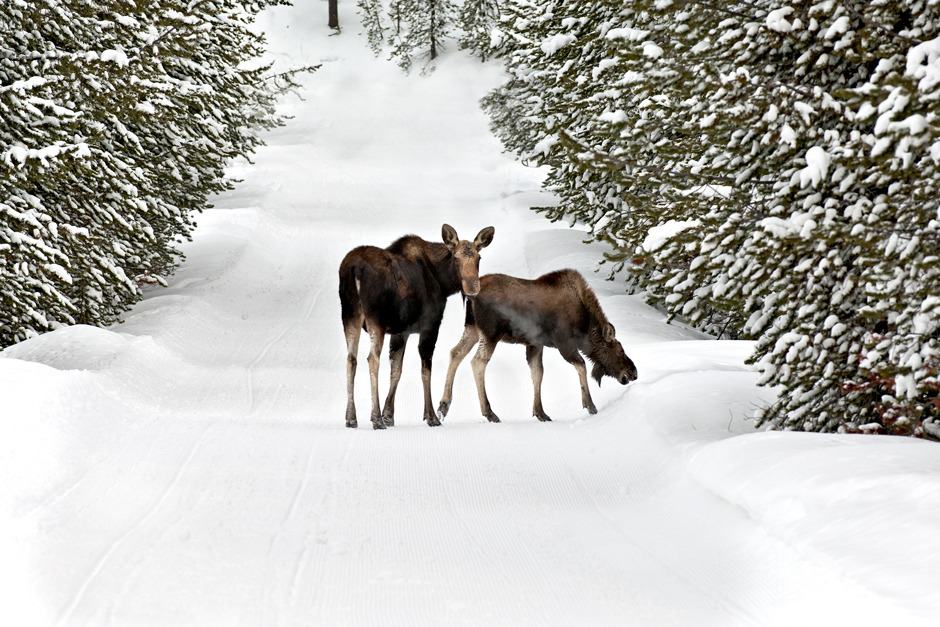 Weighing in at a whopping 800-900 pounds, the Minnesota moose is no joke! These mammals grow to be the size of five white-tailed deer. They are a sight to see on the North Shore, without a doubt. Spotting a moose is often very high on visitors’ to-do lists. While many want the chance to see one, few will get the chance to.

Spotting this elusive animal is a thrill for anyone who spends time on the North Shore. If you’re looking to spot on yourself, there are a couple of things you should know. Primarily, they have poor eyesight which they make up for it with their great sense of smell and hearing. Because of this, they often avoid areas where humans roam. Plus, their long legs and spreading hooves help them maneuver through difficult terrain like marshes and deep snow. Because of this, they have the ability to live deep in the woods and far away from heavily populated areas.

So, for the best chance to spot one, you may have to go off the beaten path.

Your Best Chance to See a Moose

In the spring and summertime, moose like to hang out in wetland areas. They can often be found in boggy lowlands because plenty of food is available, and the terrain allows them to stay cool. They eat a variety of plants and prefer twigs (willow, dogwood, etc).  In fact, the word “moose” is derived from the native North American Algonquian Indian word meaning “twig eater”.  Taking all of this into account, Highway 1 and the Gunflint Trail are the perfect environments for them. In fact, they can often be spotted right from your car as you drive along these roads, especially early in the warm season when there is still snow in the woods.

Environments they thrive in most are regrowth forests that have been damaged by fire, beavers or logging. These areas tend to provide the most edible vegetation. Since they eat more than 50-pounds a day, it’s important that they have access to a lot of it!  The Ham Lake area of the Boundary Waters Canoe Wilderness along the Gunflint Trail, which was devastated by fire in 2007, now has a thriving moose population.

Another Strategy to Spotting a Moose

Like any animal, moose seek to fulfill their sodium requirements. In the summer months, much of their intake comes from aquatic plants. However, during the winter, as odd as it may sound, they tend to navigate toward roads to lick the excess salt left by the plows.  Therefore, while these reports are few and far between, it is possible to spot a moose along Highway 61 during the winter and early spring. In recent years, there have been reports of sightings near Tofte and Schroeder in Cook County, right along the highway.

Best Time to Catch a Glimpse of a Moose

Dusk and dawn. These are the best times for you to go on a moose search. It is during these times that they tend to travel to open areas to eat and drink. You’ll often find bull moose alone, and moose cows with calves.

They typically only become aggressive during the fall rut and if calves are around. However, as with all animals, it is important to stay a respectful distance away at any time of the year.  It’s also important to not attempt to feed a moose, as we do not want them to become reliant on humans or become too comfortable with our presence.

Preservation of the Population

While the moose population is doing quite well in Northern Minnesota, we still take the protection and preservation of the species very seriously.  So, when a moose finds itself in trouble, the situation is not taken lightly.  Take, for instance, the April 2017 rescue of a young female calf who had fallen through the ice at Hungry Jack Lake on the Gunflint Trail.  The rescue effort involved several neighbors, volunteer firefighters, and business owners who used canoes and a tow strap to pull the 650-pound moose from the frigid waters.

You likely won’t need to lend a hand in a moose rescue, but you may have the chance to spot one!  Moose habitat on the North Shore begins around Tettegouche State Park, but the further north and inland (away from Lake Superior) you go, the better your odds. There are a number of roads along the North Shore that will take you through prime moose habitat. We recommend the routes below.

This road travels from Highway 61 (between Silver Bay and Little Marais) inland toward Ely. Many great side-roads will also take drivers through excellent moose habitat.

This gravel road winds through beautiful boreal forest and swampy areas where moose may gather.

Follow this road that begins on the east end of Lutsen and heads inland for 17.3 miles until reaching The Grade. Make the route or turn onto The Grade if you would like to continue your adventure.

This 57-mile long paved road that begins in Grand Marais and heads inland is the highway we recommend above others. Most of the roads that branch off from the Gunflint Trail (like the Lima Grade which is approximately 21 miles from Grand Marais) are also great to travel during your search.

This road begins along Highway 61 northeast of Grand Marais and Colvill. It leads north and west for approximately 13 miles and travels through great moose habitat. 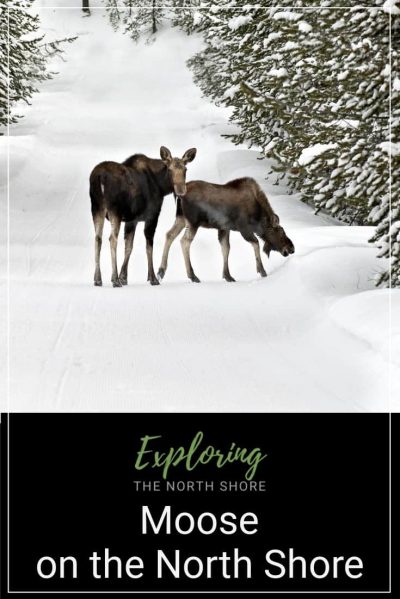 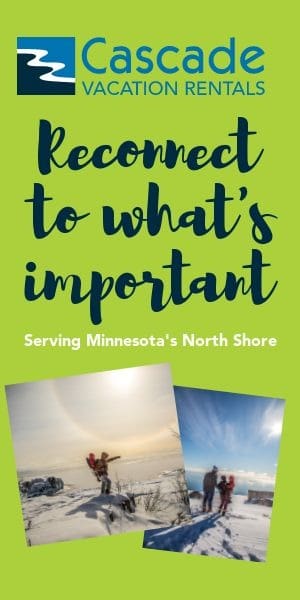